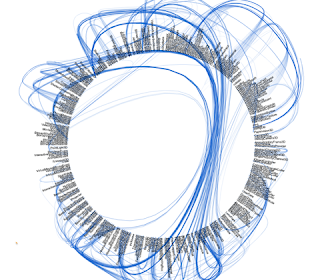 So taking some time off was good for the soul, but did it help my Flash literacy? Maybe.
My time spent away was refreshing, grounding. But a pure experience of reality like the one Aldus Huxley attempts to explain in his "Doors of Perception" would, most likely, render coding completely uninteresting. How would he have responded (under the influence of mescaline) to Augmented objects in his reality?
Anyway my progress has been held up a bit. Wrote a small Flash game called "Alien Shooter" Where you just click on triangles as they fly by. Not sure how to host things like that.
I also ordered a scanner so I could correctly model the figures I want to augment with first. Turns out "Mixed Reality" is a more easily understood term for what we are doing. Does that imply that there was another reality of ideas that is currently mixing with the physical?
Been doing a lot of research, writing a series of proposals. Turns our AR is way more advanced than I had previously thought.
www.gamesalfresco.com has the right idea exactly. His links and posts are incredibly useful.
"Welcome to “games alfresco” where I vow to sensuously take the pulse of the new field of Augmented Reality (AR). They say it will reinvent interactive entertainment. And I believe it’s best played outdoors – alfresco.

As a game developer, you’ll probably hang out in the Top 10 AR Engines area – a constantly evolving field."

Look at where things are! It's incredible already. So my post about programmers being succeptible to spiritual entropy inspired a response from a close friend in the field:

"It seems like every programmer I've met has let go of a certain degree of flexibility (spiritual?). I hope I don't lose touch. But I don't think I have to. Programming is the newest artform, and only a certain kind of person has been willing to engage with it."

explain, I want to talk about it!

I guess I have an irrational fear: by studying the way logical, digital, formal systems work and by bending them in intricate ways, programmers become affected by the systems. The mental processes of those who use code/ can think in it may or may not become somewhat logic-leaning. I don't believe rationality has anything to do with the phenomenon I'm trying to describe. It's just... something I experience in meeting people who program. 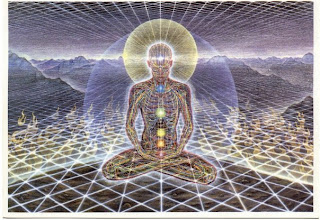 Some people get taken down by it, others don't (you) because they're stronger, have a stronger personality, something....

I guess I was afraid that programmers become "hard," inflexible to a certain degree because they know a logical decision when they see one and, understandably, might be more likely to act in unnecessarily efficient ways.

But so far... I remaind unaffected. Maybe a little, in that my mind is becoming more able to think in coding structures, literally beginning to think in a different language.

It's a similar effect I guess I'd pick up after meeting a series of people who had learned to speak russian after english late in their lives. Or arabic. Something. These people might develop a kind of alternate personality.

ps. I dont really like the name "Augmented Reality" maybe "Holodeck narratives" or "interactive movies" would be better.

Hmm. I suspect that we do get a bit hidebound about things, because we spend so much time with the constrictions of current technology that we focus on what we can do, and what we can do easily. So when we see something that isn't going to be easy, we immediately think of the painful hours that are inevitably going to come. And part of it is probably the type of people who usually become programmers - people who really like logical systems. Because it's just easier for them to think that way, and it makes them happy.

If we're talking about programming seeping out into the rest of life and, if you want to view it like this, muddying the waters, I feel like logical decisions and efficiency and all that comes from having an analytical vs. non-analytical approach to life. To be a good programmer, you have to be comfortable approaching problems analytically, which again means that many programmers are naturally analytical - correlation does not imply causation. 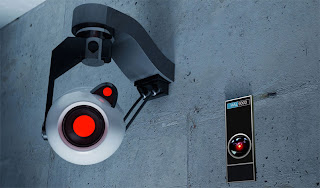 A lot of programmers are incredibly literal-minded and think very logically, but it's not necessarily because of the programming. Granted, when I program I put on my logic hat and end up talking logic-speak. I also use computer metaphors a lot more than nonprogrammers (inevitably, I suppose), like the concept of conversation as a stack. But my mind isn't completely computer analogies (although there are many in there) - it's also stacks, and filing cabinets and doors and the occasional grassy field (or sloggy, dreary swamp, I suppose, depending on my mood).

I get extremely annoyed when I'm surrounded by non-analytical people because oftentimes straightforward logical argument doesn't work. But I get more frustrated with the analytical types, because only logical argument works (none of this "emotions" nonsense, now, that's just not the thing).

At the same time, working within all those constrictions, and learning to think within them, leads to creativity. (As we know all too well.) To use a metaphor my brother uses for constructing math proofs, writing programs or developing algorithms is like writing poetry in french. If you don't know french, you're screwed. But once you know it, and know it well, then it's a matter of choosing the perfect word and working within the constraints of a system, and being miserably creative, and hopefully ending up with something clever and beautiful and slightly ineffable.

Re: Also, you know I get a little creeped out by AR stuff, because I like my technology nicely compartmentalized

Hmm, this question of programing's effect on the spiritual self is going to have need more time, let us... put it on simmer, if you will. I agree that correlation is not causation. Perhaps the mind just works in patterns, and the types of patterns you carry out tend to echo within one's neural system. Logic begets logic. Emotion begets emotion. Have you seen this?:
http://www.ted.com/index.php/talks/matthieu_ricard_on_the_habits_of_happiness.html
Perhaps there is a relationship.
Anyway thanks so much for checking that out. I am also worried about mixing realities... but for some reason I am drawn to it. Maybe its like wandering down to the battlefield to try and save the wounded.
maybe I'm just trying to escape.
That seemed worth posting, forgive the length. Now it's time to look at socket programming, work on proposals and try to freshen up with maya. All while working 7 days a week. Coding is a full time adventure, but for right now the it will have to take turns with maya.
Gotta build the illusion before you make it do tricks.
Posted by Dr. Cosmos at 11:28 AM No comments: